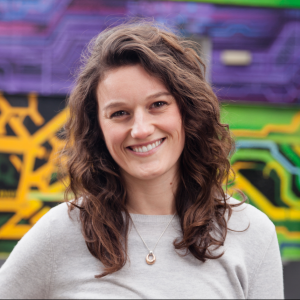 When we first heard from Jane, she was a little bit interested in what we could do for her.

Her biggest problem with her computer, she told me, was that her photos were filed all over the place and there were too many of them. This is a really common issue our customers face and probably not the first thing we think of when we picture someone getting stuck with a computer! However, it is a really important problem not to be overlooked. According to Business Insider, in 2017, on average we globally take 1.2 trillion photos ever year and that number is not going down.

It’s no wonder then that with the average smartphone-wielding person taking 3 photos a day (not including those that are sent to us), that we are suffering from photo overwhelm. Jane has family and friends (we actually had a lovely chat about the family collage behind her) that have helped her in the past but, as computer problems go, this was unsurprisingly not on her priority list when it came to talking to them. The other thing is, this photo storage issue is one that could always be shelved for another day.

Over the years, Jane, like the rest of us, has added her pictures to dated folders and worried about it later. The problem with not filing your photographs in a logical way, is that it is almost impossible to find that picture you want for the perfect photo gift, house warming present or birthday card quickly. It also means that we are less likely to rediscover those moments we thought were worth capturing in the first place!

Once Jane and I were on the call, she showed me her current process for managing pictures, first on her tablet and then on her computer. She knew exactly what she wanted and she had figured out some workarounds but as she told me, there must be a more straightforward way. Here at How Do I? If you ever catch yourself saying that sentence, then we are confident that there is likely a more straightforward method but, sometimes, you have to hunt for it. We know that this can be difficult either because you do not know exactly what you are looking for or because frankly, you have had enough. That is why we not only give you a solution to your problem but we also work with you to highlight other possible shortcuts to make your life easier. In you haven’t discovered them yet, shortcuts are a great way to do repetitive computer tasks quickly, like copy and pasting, or switching windows. My co-founder, Jude, has written a great introduction to shortcuts, do check it out!

The problem with not filing your photographs in a logical way, is that it is almost impossible to find that picture you wanted…It also means that we are less likely to rediscover those moments we thought were worth capturing in the first place!

By watching Jane demonstrate her way of working with her photos, we were able to enjoyably learn together how to use her computer in a way that works for her. As it was a live conversation, Jane was able to talk me through what she wanted and I could offer her the best fitting solution. Googling this issue is sometimes that much more difficult as we do not always know how to ask the question to which we need the answer. ‘How do I file my pictures?’ for example, is not quite the same as ‘How do I select more than one photo?’

After 20 minutes, we had solved the initial issue Jane had brought to the call of filing her pictures. However, we were gathering momentum and her initial little bit of interest in how we could help had increased to a lot! After 40 minutes and some more shortcut learning later, Jane had a sheet of notes and a smile on her face.

We find that most people find a lot of benefit in notetaking but just in case, we like to follow up with an email too, that way we know that the information on your newly learned skills can’t get lost. In case this idea fills you with dread, we can also help with filing emails so that your inbox is actually enjoyable to look at!

Now that she had the skills she needed, Jane told me that she was looking forward to getting on with sorting through her pictures in a much more efficient way. We can’t wait to see her next collage!

If you’d help organising your photos or files, or any other computer task that you’re getting stuck with, just book in a call with one of our expert UK-based tech advisors who will be more than happy to help.